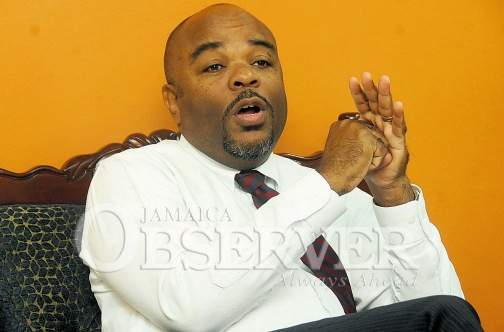 “UP UNTIL August 21 1999, Jenny Cameron fit the profile of many women in inner-city Kingston – a ‘struggler’ doing ‘day’s work’ to provide for her family.

But that day, Michael Gayle, the second of her six children, was beaten by members of the security forces in the community of Olympic Gardens where his family lives.

The mentally-challenged man, whom it is alleged attempted to breach a curfew manned by the security forces, died from his injuries at the Kingston Public Hospital two days later. Since then, his mother’s life has not been the same.

“Mi don’t have nuh privacy anymore, but because of the child that I lost, I have to keep doing it,” Ms. Cameron, now 56, told The Sunday Gleaner last week. “The public have the right to know what happened … There should be no cover up.”

The stories of Michael Gayle, Janice Allen, Tivoli Incursion and others recorded or unrecorded in the media and in the JAMAICA: Killings and violence by Police: How many more victims? (Summary)  served as the catalyst for security forces reform in Jamaica. It finally connected! Extra-judicial killings and impunity were no longer erratic concepts but real issues with empirical and statistical data; that were gaining international attention of human rights agencies, like the Inter-American Commission on Human Rights (IACHR). The Jamaican Government was confronted with finding a solution.

According to international law and the Jamaican Constitution, the state had an obligation to ensure that potential breaches of citizens’ rights were to be investigated independently. The investigation of unjustified use of force resulting in injuries and fatalities; allegations of assault and damage or loss of property involving members of the security forces, required independence, integrity, accountability; a greater transparency than Jamaica was previously accustomed to.

Independent oversight of security forces was not new to the Caribbean, as Trinidad and Tobago had established a similar body in 2006, Police Complaints Authority. The INDECOM Act was passed on April 15, 2010 and the civilian-staffed Commission began operation on August 16, 2010.

Professionalization of the Security Forces and agents of the State continue to be a core mandate of the agency, which is achieved through joint meetings with members of the JCF High Command, reviews and reports on lessons learnt arising from incidents and recommendations for no charge, disciplinary proceedings, charge, and mediation where necessary.