June 2, 2020 – The Independent Commission of Investigations (INDECOM) will commence the use of Body Worn Cameras (BWCs) on selected Investigators beginning June 15, 2020. These Investigators will be outfitted with the BWCs in the execution of official investigative duties, when attending incident scenes, interviewing concerned officers, attending police stations to gather documents and when taking accounts from eye witnesses.

Members of the Investigative Teams for the Eastern (Kingston and St. Andrew, St. Thomas, Portland) and South Eastern (St. Catherine, St. Mary, east St. Ann) Regions will be deployed with the BWCs for a two months trial period. The BWCs will be visible and persons will be informed that the device is being utilized.

“We believe that the use of technology is an important component toward achieving a premier investigative body. Body worn cameras are useful monitoring tools for the maintenance of the Commission’s professional standards, training and detecting or refuting allegations of misconduct. BWCs are now a regular and common investigative tool for law enforcement agencies worldwide, and Jamaican counterparts should consider it to be beneficial in securing public trust and confidence,” commented Commissioner Terrence Williams.

Our stakeholders, the Jamaica Constabulary Force (JCF), Jamaica Defence Force (JDF) and Department of Correctional Services (DCS) have been advised of the upcoming implementation and the Commission is hopeful for their continued cooperation.

At the end of the trial period, the future value and any observed operational issues will be assessed, before being widely distributed to all INDECOM Investigative staff across Jamaica. 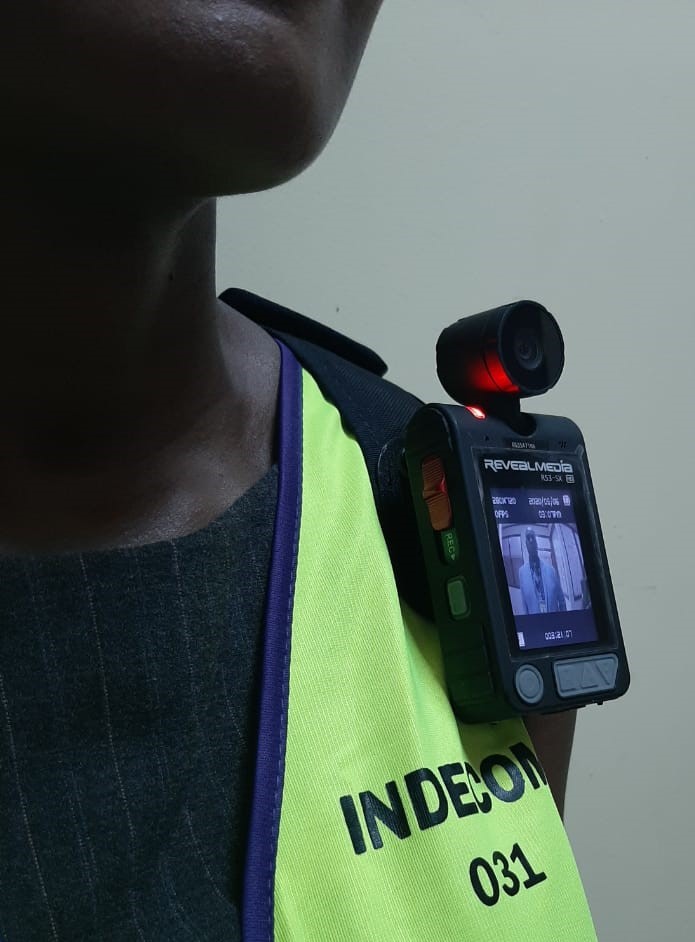 INDECOM Investigator during an internal test of the body worn camera. The captured footage is visible during all interactions