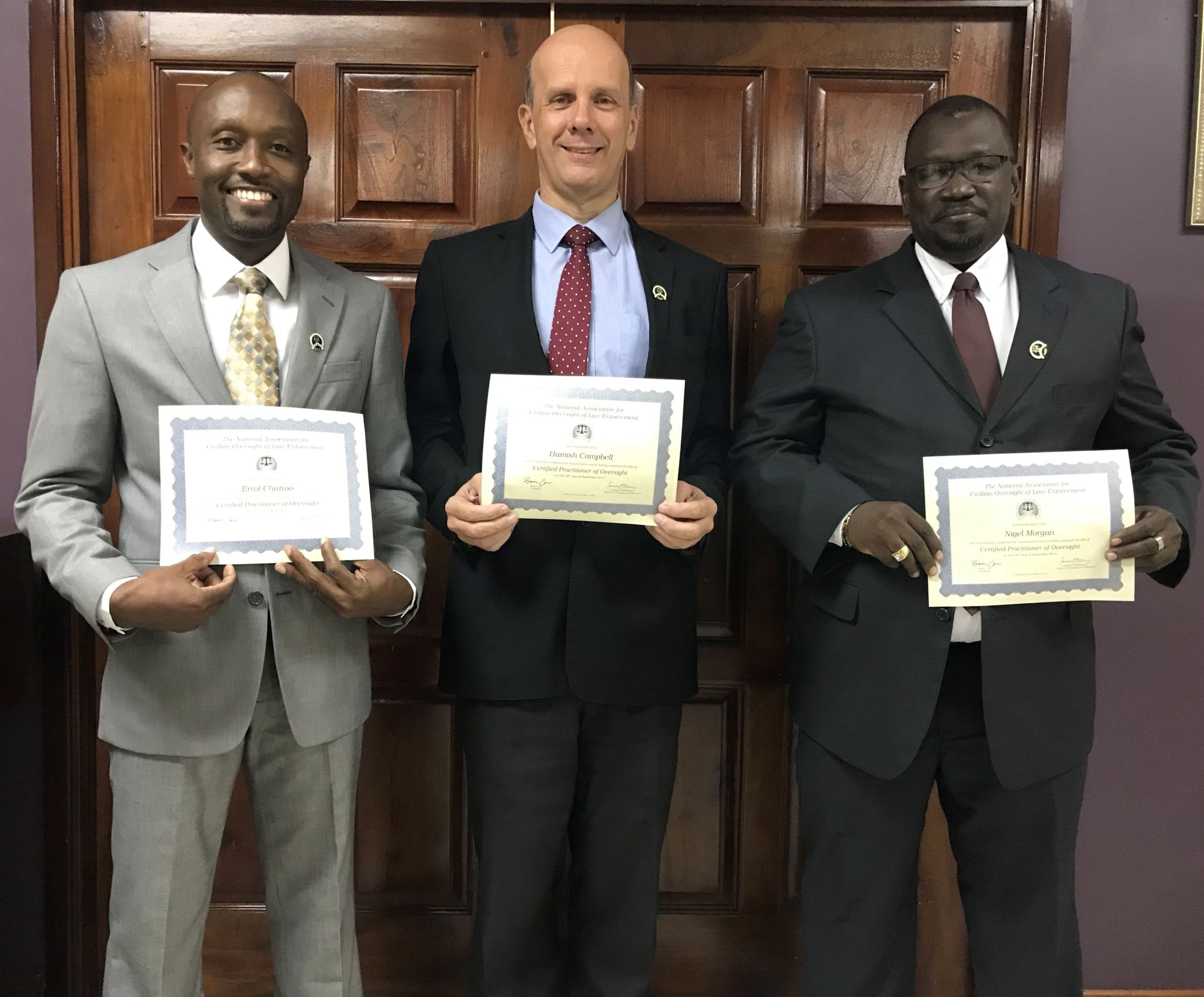 INDECOM became an organizational member of NACOLE in 2015, because it saw the need for its managerial members to be a part of the discussion and professionalization of individuals who investigate and have oversight of law enforcement officials. As a member, INDECOM is afforded the opportunity to make presentations, which it did at the 2016 Annual NACOLE Conference “Confronting Systemic Injustice”. The presentation was titled: “INDECOM – Six years of Jamaica Police Oversight and the Investigation of Police Related Killings”, which was delivered by Commissioner of INDECOM, Terrence Williams and Assistant Commissioner, Hamish Campbell.

The requirements for qualification included, a minimum of 45 credit hours of NACOLE certified training, attendance at two annual conferences within three consecutive years, credit hours in NACOLE’s 6 core competencies and completion of two items from the approved reading list.

Assistant Commissioner of INDECOM believes that INDECOM’s involvement in this organization is critical as it continues the mandate for professionalization and stronger investigative skills of staff. “NACOLE allows INDECOM to participate in the discussion at an international level; learn and get experience from persons to know what works and doesn’t; engage with American police and international oversight agencies; and it facilitates the integration of ideas and thinking.  Anything that accrues and allows oversight agencies the opportunity to standardize operations for consistency of investigations is good. Our certification and membership should further reassure members of Jamaica’s law enforcement that INDECOM has received training at an international standard”.

The National Association for Civilian Oversight of Law Enforcement (NACOLE) is a non-profit organization, established in 1995, that brings together individuals and agencies working to establish or improve oversight of police officers. NACOLE is dedicated to promoting greater police accountability through the establishment or improvement of citizen oversight agencies by:

All information about NACOLE was sourced on their official website