The Commissioner of The Independent Commission of Investigations (INDECOM), Terrence F. Williams, recently addressed delegates at the 12th Annual Meeting Brazilian Forum on Public Safety in Sao Paulo, Brazil, where he introduced the members to the police accountability and oversight model in Jamaica. The conference was held August 20-22, 2018 under the theme “Choosing Public Security We Want”.

The Brazilian Forum on Public Safety sought an explanation on the operations of the Commission in a bid to provide proposals to their government to reduce violence and urgent issues to face the serious crisis of growth in crime and insecurity facing Brazil.

In extending the invitation, Marina Pinheiro, of the Brazilian Forum on Public Safety, explained that Brazil did not have a similar organization as INDECOM and were interested in understanding the civilian oversight framework. “The idea is to highlight the important aspects of accountability, transparency and efficiency, among others, that an Independent Commission can promote, contributing to the professionalization (and not just punishment) of the police as well as to the implementation of democratic public policies in the field of public safety,” said Pinheiro.

Commissioner Williams discussed Jamaica’s efforts to better safeguard the right to life of citizens; the impact of INDECOM in ensuring police accountability and ensuring public confidence that incidents involving the security forces are effectively and impartially investigated; and also explained the competencies, challenges and benefits of the Commission toward the professionalization of the security forces. The presentation also highlighted the pillars upon which police effectiveness are built noting as well the impediments which can result in its instability.

The Brazilian Forum on Public Safety is a non-profit organization whose mission is to act as a permanent and innovative space for debate, articulation and technical cooperation for public security in Brazil. It is broad-based group comprising of members of the government, business and civil society. 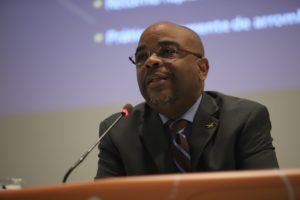 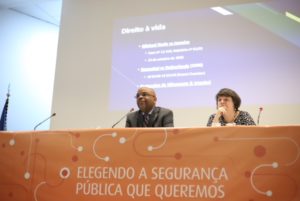 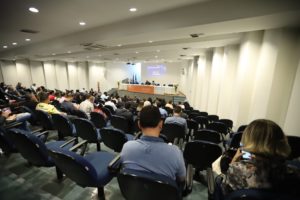