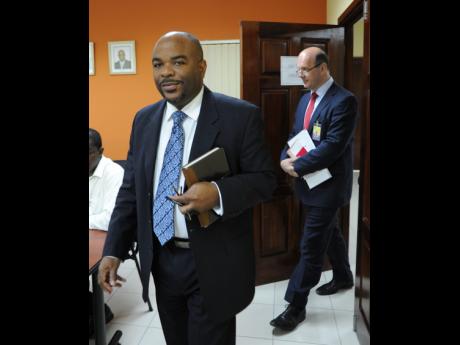 The Independent Commission of Investigations (INDECOM) continued to show leadership in best practices as it hosted, presented, and participated in conferences and expert meetings in Geneva, The Netherlands, and Jamaica. These engagements fostered an analysis of use of force in the Caribbean context, which was used to facilitate the drafting of a model use-of-force policy for the Caribbean. It is our desire to see its completion and application in the English-speaking Caribbean in 2018.

INDECOM also continued to ensure that members of our Operational Unit were equipped with international certification to maintain like standards and consistency.

Five of our crime scene examiners became the first International Association for Identification (IAI) Certified Crime Scene Analysts in Jamaica in June, while the assistant commissioner of INDECOM, along with two directors of complaints, successfully completed the NACOLE Certified Practitioner of Oversight Programme in September. These achievements will reassure to Jamaicans regarding our technical capabilities as we execute our duties. We recognise that there has been some improvement in the observance of human rights practices by our security forces with regard to police compliance on issues of gun salutes and shooting at moving vehicles, but there is still a lot more to be done.

We are concerned about the increase in shooting incidents involving vulnerable groups, especially the mentally disturbed and unarmed individuals, and urge that greater care and adherence with Jamaica Constabulary Force (JCF) training and guidelines be exercised when treating with these persons. We also look forward to the implementation of disciplinary recommendations by the JCF High Command.

For the New Year, the commission will strive for continued improvement within our organisation. The backlog of inherited Bureau of Special Investigation and Police Public Complaints Authority cases has been a constant concern that is being reduced and should be concluded in 2018. We further hope for renewed understanding by the groups that we oversee, and the public, regarding the importance of accountability and the role of independent oversight agencies, with the intent of improving our working relations. This will be achieved through increased awareness sessions and interactions.