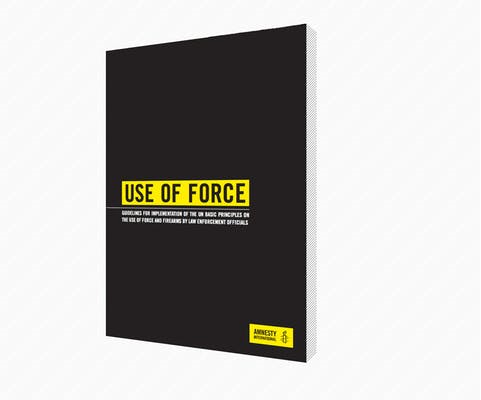 The discussion of “use of force” almost always begs the following questions:

Rightly so, as these are the four principles which govern international human rights in the use of force and firearms. The continuous contention of observance of human rights when confronted with criminals will not be discussed now, but to whom much power is given, i.e. law enforcement officials, excessive, abusive and unlawful treatment of citizens cannot be tolerated. Thus, the importance of crafting legal and operational frameworks that can guide the stressful split second decisions regarding the right to life, that law enforcement officials will face daily.

Amnesty International, in August 2015, published Use of Force: Guidelines For Implementation Of The UN Basic Principles On The Use of Force And Firearms By Law Enforcement Officials, and subsequently released a short version in August 2016. The latter will be used as the reference of this discussion, by highlighting useful points to be considered, in the general context of use of force and the four human rights principles.

INDECOM is currently in the drafting stages of a similar use of force model policy framework, specifically for the Caribbean context. This is the culmination of three-days of discussions at the Caribbean Use of Force in Law Enforcement Conference held May 31-June 2, 2017. The UNODC/OHCHR Resource book on the use of force and firearms in law enforcement was used in combination with Amnesty International’s guidelines, during the conference.

English, French and Spanish versions of the Amnesty International Use of Focre Guidelines are available here.