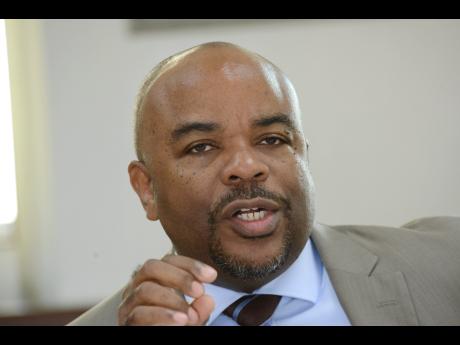 Two weeks ago, in a Sunday Gleaner article ‘Crime threatens social order; its solution must be justice’, I suggested that the proper resourcing of the justice system ought to be the focus of attention in the fight against crime. On Tuesday last, I had the occasion to speak to St Catherine community leaders at the NHT Twickenham Park Office, at which time I addressed the issue further, giving statistics and a proposal for additional funding. The following is an excerpt of the speech.

At the time of Jamaica’s Independence, our island had one of the lowest murder rates in the world, with an estimated 3.9 killings per 100,000 persons. Forty-three years later, in 2005, Jamaica accounted for the highest murder rate of 58 killings per 100,000. In 2014, there was a notable decline to 37 killings per 100,000 persons (1,005 people). However, in a report by The Economist, they were of the view that there was no apparent reason for the decline and thus no guarantee that it would not rebound. A year later in 2015, there was an increase to 1,192 murders. We must address the fundamentals to bring sustained improvement.

One solution to our crime problem must be a properly operating justice system. There must be a synergy between the operations of the ministries of national security and justice. The onus is on the State to ensure that murders are lawfully and effectively investigated and tried quickly. The fundamentals have to be to improve police professionalism, allocate senior prosecutors to provide real-time advice to detectives on serious cases, and have case trials within 18 months.

The suggestion is not for a decrease in the allocations to the Ministry of National Security, as there are still many initiatives within that ministry that require additional funding. Initiatives such as a CCTV network across the island, increase in the capacity of the forensic lab, improving conditions at police stations, and support for Major Organised Crime and Anti-Corruption Agency (MOCA). In the face of rising crime, successive governments have rightly increased funding to the Ministry of National Security but have missed the need to similarly increase funding for justice.

Justice can be a leveller between State and citizen, protecting the weak, if they are right, against the strong. We ought not to be governed by might but by what is right; by principle rather than power. In 2015, the Jamaica Constabulary Force (JCF) reported a 55 per cent clear-up rate or 700 people being charged with murder, an increase from 49 per cent in 2014. However, with the courts being already backlogged, this exacerbates the pressure on the courts to complete cases quickly.

The Gleaner reported in January of this year, that for the period September to December 2015, the Home Circuit Court alone had 578 cases, of which 72 were disposed of and 500 traversed. This means that for every case completed, seven were not done. This has been a settled situation for some time. The 2008-2009 MOJ report had an estimated disposal rate of 50 per cent (621 cases in Circuit Court). By 2011-2012, the director of public prosecutions (DPP) reported that of the 2,309 cases listed for Circuit/High Court, 1,396 traversed and only 913 were completed. This shows an improvement of over 50 per cent in cases completed, but a worsening of over 100 per cent in cases traversed. There continues to be more cases before the court but basically the same number of judges since 1962 to try them.

Government lawyers have an unmanageable number of cases on their dockets. These lead to long delays in trying cases. A system which has endemic delays encourages a culture of adjournments. Defendants who ought to plead guilty may not do so as they might prefer to wait and see if the case will ever be tried. Law-enforcement officers working in these conditions will make arrests but be frustrated by witnesses losing interest or disappearing. The respect for justice will dwindle. Thus, we have ephemeral control, rather than the sustained order that comes from the uniform application of the law and fair determination of disputes.

It is my humble recommendation that the provisions to the Ministry of Justice would need to be at least doubled for the 2017-2018 budget, taking it to $12 billion, and returning the resource relation with Ministry of Security near to 1992 ratio. How can this be achieved? The Caribbean Policy Research Institute (CaPRI), in a study of the National Housing Trust (NHT) this year, reported that the NHT requires far less money than it receives, and the employer’s contribution can be eliminated or diverted to the Consolidated Fund. The NHT employer’s contribution for 2016-2017 is estimated at $14 billion. Half of that amount would be more than enough to fund the doubling of the allocation to the justice ministry.

At the end of the presentation, the group of community leaders, led by the chairman of the Leadership Council, Hopeton Henry, passed a resolution requesting the government to provide the agencies with the increase in funding and adequate resources that they require.