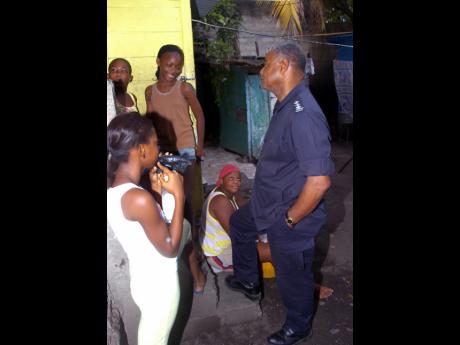 We must all be concerned about the number of murders that are committed in our country. The problem calls for mature discussion, settled determination and steady action. The prevention, detection, and punishment of murders and murderers must be the most important issue for our country. Sadly, some of the current discussions are quite troubling when they seem to suggest that police accountability is part of the problem in the fight against crime.

The proponents claim that police are demotivated because of the Independent Commission of Investigations (INDECOM) and that is why they cannot fight crime effectively. They do not claim that INDECOM has acted illegally or unfairly; but that the robust oversight is deleterious to police morale. The commissioner of police has consistently denied that this is so. Indeed, if it were so, it would not speak well of our constabulary. If you intend to act lawfully and consistent with police regulations, oversight ought not to prevent you from doing your work. The righteous accountant is not hindered by the fear of the auditor.

The establishment of INDECOM was one of the many reforms intended to improve the police service. That service was found to have endemic cultural problems that tarnished its professionalism and hindered its effectiveness in fighting crime. Such deep-seated problems will take time to be reversed and there will remain some who would want to return to the days when they were not stridently criticised. But transformation of the police force must come. It is not helped by appeasing those who seek to retard change or deflecting attention from the real causative factors for our crime problem.

In the discussions some say that: “We must give the police a ‘free hand’.” This is, of course, a euphemism for allowing the police a margin of unlawfulness in fighting crime.

We must ask ourselves these questions:

a. Is Jamaica’s high murder rate a new phenomenon?

b. As the recent and very controversial incidents have been attributed to criminal gangs, are the operations of these gangs something that just happened?

c. Has there ever been any significant and sustained improvement in the murder rate?

A knee-jerk reaction to crime is to restrict rights and increase police powers. This has never really worked in a democracy. We cannot be in a permanent state of emergency. In any event, the right to life, which would be infringed by removing effective oversight of the police, cannot be derogated from, even in a state of emergency. For many years we had the Suppression of Crimes Act, which gave powers to the police that previously would have required a judicial warrant. When reviewed by the Jamaican Bar Association, the act was found to have had no effect on crime reduction. Human Rights Watch’s 1989 report found that the act had a deleterious effect, as many officers got accustomed to the absence of accountability and acted with general impunity.

A ‘FREE HAND’ IS NOT THE ANSWER

Granting the police a “free hand” may be appealing to some, particularly when crime reaches close to us, or our families. But this is no solution. Not only is it unlawful, morally wrong and reduces us to the level of the criminal, but it suffers our inhabitants (particularly young men) to the final and unreviewable adjudication of a state agent himself prone to error, caprice and the possibility of venality.

The Jamaica Constabulary Force’s (JCF) Corporate Plan for 2015-2018 comprehensively sets out the real issues in Jamaica and in the JCF that form the context for our crime problem. The JCF Corporate Plan identifies gangs, poor urban planning, lack of CCTV surveillance, an inefficient justice system and low public support for the police as among the contributory factors to the crime problem. They also candidly recognise that their poor human rights, public image and customer-service record need to be addressed.

The police need public support. Wanton abridgement of human rights will not foster public support for the police or Jamaican justice. It will always be the case that those who have the power to restrict rights will hardly suffer from this restriction. What is produced is a society where the law is unevenly enforced and respect for justice eroded. Such a scheme is likely to corrupt state agents, reduce professionalism of members of the JCF, and deepen public disregard for Jamaican justice. Instead police reform, effective oversight and the formal justice system must be championed.

The symbiotic relationship between national security and justice seems to be well known and honoured conceptually, but not observed when resources are being allocated. Given our high murder rate, the state should organise itself to ensure that homicides are effectively investigated and prosecuted. Senior prosecutors should be advising on every murder case, prior to charge, to ensure that it is fit for charge and that all relevant evidence has been collected. We should be aiming for trials to be completed within a year of charge. All of these require significant investment in citizen security and justice.

There are insufficient courtrooms, judges, and prosecutors; their numbers having barely increased since independence and, as such, the number of cases have long ago outstripped their capacities. Legal aid rates, for poor defendants, are much too low. This state of affairs means that there will be long waits for cases to be tried, bail would be granted where otherwise it would not, and witnesses’ memories will fade. If the actors in the justice system were to even get a basket, their water-carrying would be improved. If we do not support the formal justice system we will continue to see outlawry.

In the current budget, the Ministry of Justice has been allocated just over $6 billion. The Ministry of National Security received almost 10 times that amount. Recently, the JCF announced that their clear- up rate for murders was more than 50 per cent, and in 2015 they charged 700 persons for murder. These 700 fall on top of the existing backlog of cases in every parish. How many judges, prosecutors, legal aid counsel and courtrooms do we need to see all these cases completed reasonably expeditiously?

I humbly suggest that properly resourcing the justice system ought to be one of the foci of attention in the fight against crime. Thus, fighting crime cannot mean only funding the security side of the fence; there must be commensurate assets given to the justice side.

When Peter Tosh sang: “I don’t want no peace; I want equal rights and justice”, I took him to mean that he did not want the kind of ephemeral “peace” that came from oppressive and arbitrary state agents. Rather than this kind of control, he appealed for the sustained order that comes from the uniform application of the law and the fair determination of disputes. Crime threatens social order; its solution must be justice.

– Terrence F. Williams is the Commissioner of the Independent Commission of Investigations (INDECOM).